The Inter-House Chinese New Year Competition began at 11:30AM yesterday after the students had spent the morning decorating their house’s tables in the multipurpose hall. The decorations on the walls ranged from Chinese characters made from ang pau packets to hand-made cutouts of the 12 zodiac animals, and each table was covered with traditional Chinese New Year goodies, such as oranges and cookies, sponsored by some of the students’ parents.

Purple House were the first to present their topic – ‘Chinese New Year Taboos’, followed by Burgundy House with what people do on each day of CNY, Blue House with a skit about the origins of the 12 zodiac animals, and finally, Orange House explained the meanings of each component of the ‘Lou Sang’. Each house put in a great effort to research these age-old beliefs and traditions and present them in their own creative ways. The results were informative, fun and wonderfully engaging!

The students were in for a surprise, however, when, after the judges had made their rounds to award marks to each house, a group of students came out to perform the lion dance, full of energy and complete with lively drum beats and some impressive jumps and tricks. With everyone’s emotions buoyed, the results were then announced, unveiling Orange House as the first runner-up, and Blue House as the champion! 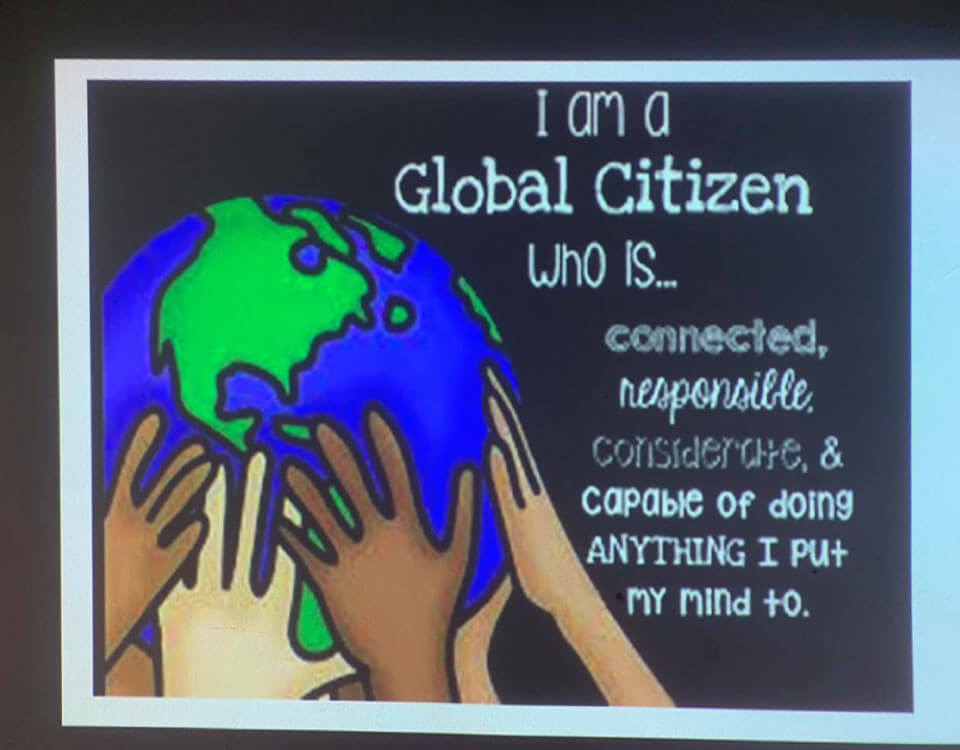 I Am A Global Citizen